50 minutes to the north, out of Kuala Lumpur, a scenic drive through the picturesque Pertak Reservior 2002, the trailhead of this hike lies along Kuala Kubu Baru, trunk route to Frasers Hill.

Essentially 'Bukit' in the Malay language would mean hill. But do not be deceived by the name as this leisure hike is in fact a beast.

Standing at 1050m Bukit Kutu involves some serious climbing and clambering 65% of the journey! The peak of the mountain consists of 3 humongous boulders, very narrow and high and a long way to fall if you lose your footing, so BEWARE! Otherwise you could frolic and explore the ruins of this once sanatorium of the British officers during the Colonial days.

Chimney of the 1920s bungalow, with the Titiwangasa chain of mountain at the backdrop!

Hike Duration: Allow around 7 hours from entrance of the jungle, 7km in and 7km out.

End Hike: It is a backtrack

Break it into 3 parts, part 1, is rather flat, part 2 & 3 involves some climbing and clambering!

3. Raincoat and Poncho ( you will be able to find them at any convenience store or Daiso shops for about RM6.00)

4. Head-Torch, if you start before 7am

6. Change of clothes, especially if you want to refresh yourself by the waterfalls at the end of the hike.

8. Gloves, in the jungle you never know what you touch or grab on to that may create a reaction to your skin.

9. This hike is renowned for LEECHES. We were lucky that none of us encountered these species of blood suckers during our hike, perhaps it was dry season!

Some Dipterocarp trees, family of hardwood that you will see along the trail. Meranti, Palau, Kaput, Cengal and Keruing among them. They form a large proportions of the rainforest canopy in Peninsular Malaysia.

The original path from Kuala Kubu has long been been reclaimed by the jungle.  The present trail, starts from Kampung Pertak, an Orang Asli settlement at the bank of the Pertak river.

The path approaches the hill from the opposide side, i.e. from the north and east.

Once past the Orang Asli houses, the small road eventually becomes a gravel track and ends at the bank of Sungai Pertak.

We parked our car at the open space and there was a 'care-taker' who collected RM1 per person! We geared up, did some stretching and soon we were on our way!

Easy part of hike, through rather flat gravel path. We crossed the 1st suspension bridge entering into the reserve jungle. After about 200m the 2nd bridge approached. It was twisted & broken, but tentatively in passable condition.

Approximately after 200m you will come to, the 3rd stream crossing, no bridge! The river runs to knee depths during the dry season, I can imagine it can easily go up to the waist depths in rainy season!

This is the pleasant part of the trail will therapeutic murmurs from the Pertak rives, crackling sound of the bamboo, echos from the calling from a lost primate....etc, you get the idea!

NOTE: You could wear your sandals and only after the 3rd river crossing change to your hiking boots. Going barefoot means wading over some sharp rocks in the river!

The 2nd part of the trail is when the climb begins. Cross this rickety logs and remember to take your trash home sign...... from here comes the ascend!

There is a whole session of rope climb and some root & rock assist ascend that will lead you up to this MOTHER of a BOULDER, Batu Tedung. This is a popular check-point! Recollect yourself, take a quick snack and muster more energy to conquer Part 3!

Some of the wild flowers and trees you will find on the way.

From Batu Tedung to Bukit Kutu is a grueling 1 half hour climb. The last part of the climb involves some hoisting up of oneself! My arms are aching, from yesterday!

If you are skinning enough to walk through that gap or hoist yourself up or take the easy right path instead!

The final ascend is good challenge if you take the dirt path otherwise, there is a much easier path on the right the will lead you to the same destination!

And once you arrive.....the breathtaking view greets you! The air is relatively cooler and a cool fresh breeze is blowing. A little further on, the peak of Bukit Kutu consist of 3 large rocks that must be climbed using ladders. The view from the top of the rock must be spectacular though we did not get a chance to climb up as it was packed with hikers who would not come down!

Be mindful and not hog the rock coz it is everyone's rock when you are up there!

This use to be where the bungalow stood!

The next best thing to do is to rest and relax and explore ruins of the 2nd bungalow and take a few shots of that victory hike! YEEEAH 1050m, we MADE IT!

On a clear day you could see the Titiwangsa mountain range at the backdrop. Totally gramme worthy! #Bukitkutu

Peaks that make out the Titiwangsa mountain range

Some history about the 1920 bungalow

Bukit Kutu, formerly known as Treacher's Hill is an abandoned colonial hill station just upstream of the original Kuala Kubu town . There use to be a hill station founded in 1893 by William Hood Treacher.

The chimney as it was in 1920, photo contributions from Mr Tony Wright
The chimney today 2020, vandalized and dilapidated

There were supposedly two bungalows at the top which functioned as a health retreat for the British administrators. A bridle path (horse or donkey trail) connected it to the old Kuala Kubu town.During the Japanese invasion in 1942, the British army supposedly destroyed the bungalows as they retreated ahead of the advancing Japanese forces

The lower bungalow of Bukit Kutu in the 1920- photo contributions Mr. Tony Wright

For a more intimate story telling of the history of the bungalow please check out this page.

View of the bungalow from the boulders, photo contributions Mr. Tony Wright

It took us about 2.5 hours to descend. Refresh ourselves at the river and head for the big meal! The 12km hike is indeed an appetite whetter!

Cooling off those aching muscles & limbs

This is a rather popular hike among the hikers fraternity, escaping the daily grind especially during weekends. Best way to escape congestion on the trail is to start early!

A permit is required for hikers to ascend the hill. I joined the hike together with Trailblazerhikingclub whom took care of the paper work and basically the whole hike with some other well spirited hikers! However it would have been perfect if we could pop champagne while cooling off by the river!

The hike was relatively moderate but 7km in and out does take some time, and there was certain bottle-necks along the way!

The early bird catches the worm, the early worm gets eaten! 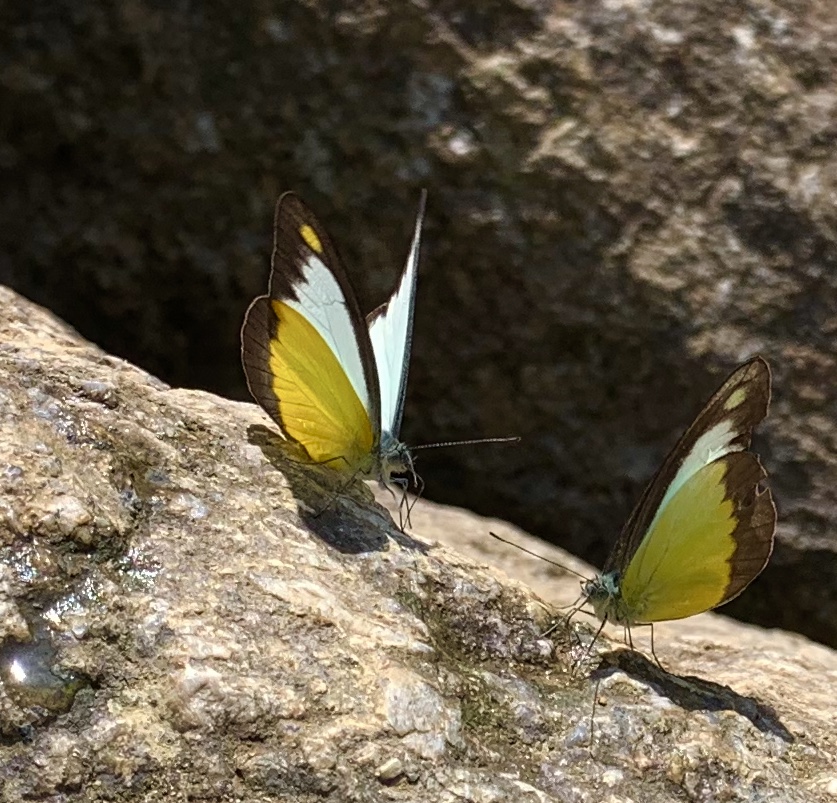 After climbing a great hill, one only finds that there are many more hills to climb....Nelson Mandela

Tree Hunting in Bukit Cerakah & the rape of Bukit Botak